Research shows that yoga can significantly improve cognitive functioning in people with dementia. These studies primarily used yoga as a movement practice. New research on yoga breathing practices (pranayama) shows that specific breathing patterns can affect cognition, and potentially the health of the brain, by affecting the movement of cerebrospinal fluid (CSF). 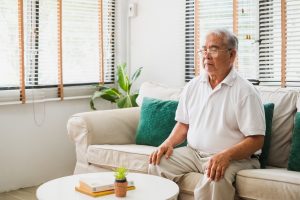 The idea that yoga breathing practices can influence cognition and brain health is exciting—and potentially groundbreaking. Degenerative brain diseases (dementias, including the most prevalent and well-studied, Alzheimer’s disease) affect more than 55 million people worldwide and there is, as yet, no cure. The U.S. CDC notes that dementia “is not a normal part of aging.”

A greatly simplified rendition of current thinking about the mechanism of Alzheimer’s disease is that two proteins, amyloid and tau, build up in the brain. The buildup is also described as “plaque deposits” in the brain. These deposits interfere with brain cell function, including the activity of neurotransmitters. This interference causes brain cells to die and associated areas of the brain to shrink. 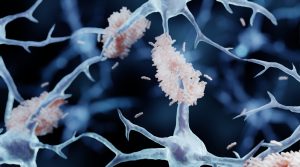 The New York Times recently reported on a “hotly anticipated” clinical trial involving a monoclonal antibody drug that targets the plaque clumps of amyloid protein in the brains of Alzheimer’s patients. The results showed “small benefit” with “significant safety risks” and “high financial cost.” Interestingly, the trial focused on the buildup of protein plaque and trying to mitigate that action.

In an exciting study published in June 2022 researchers found that yoga breathing affects the movement of CSF, which surrounds the brain and spinal column. CSF was previously thought to merely cushion these structures and distribute nutrients and hormones, but we now know that CSF is crucial to the health and maintenance of both organs. In fact, CSF is essential for the removal of waste from the brain. Given the above discussion of dementias, understanding how CSF moves and removes wastes from the brain is of “high clinical importance,” to quote this study. 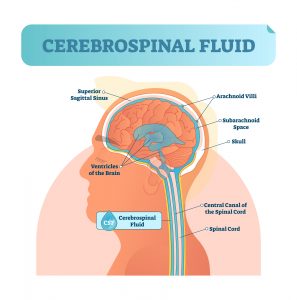 Cerebrospinal fluid pulses through the brain and spinal cord and is important for removing wastes.

CSF moves in response to cardiac pulsation: As our hearts beat, our CSF moves. Breathing can also affect the pulsing action of CSF, and the above study sought to “identify potential integrative therapies such as yogic breathing to regulate CSF dynamics.” Using a specific type of MRI, researchers showed that yoga breathing had an immediate effect on CSF movement compared to normal (“spontaneous”) breathing. While respiratory rates slowed during yoga breathing (deep slow breathing), CSF flow volumes increased. The study demonstrated that CSF dynamics are “highly sensitive and synchronous” to yoga breathing.

The study discussed here measured three-part yoga breathing, where a person inhales and feels the abdomen (belly), diaphragm (ribcage), and chest expand and then senses the air leaving the chest, diaphragm, and abdomen on exhalation. The three parts help to slow and deepen the breath and have been shown to increase attention while reducing stress and negative affect (emotional distress).

If you are interested in learning this kind of breathing technique, also referred to as dirgha pranayama, check out this video from Megan MacCarthy, C-IAYT. And good news: This practice is appropriate for absolute beginners!